Design Ideas: As the project gets more defined the design ideas and sketches will change over time, but our current ideas and concept drawing/CAD models will be posted here. 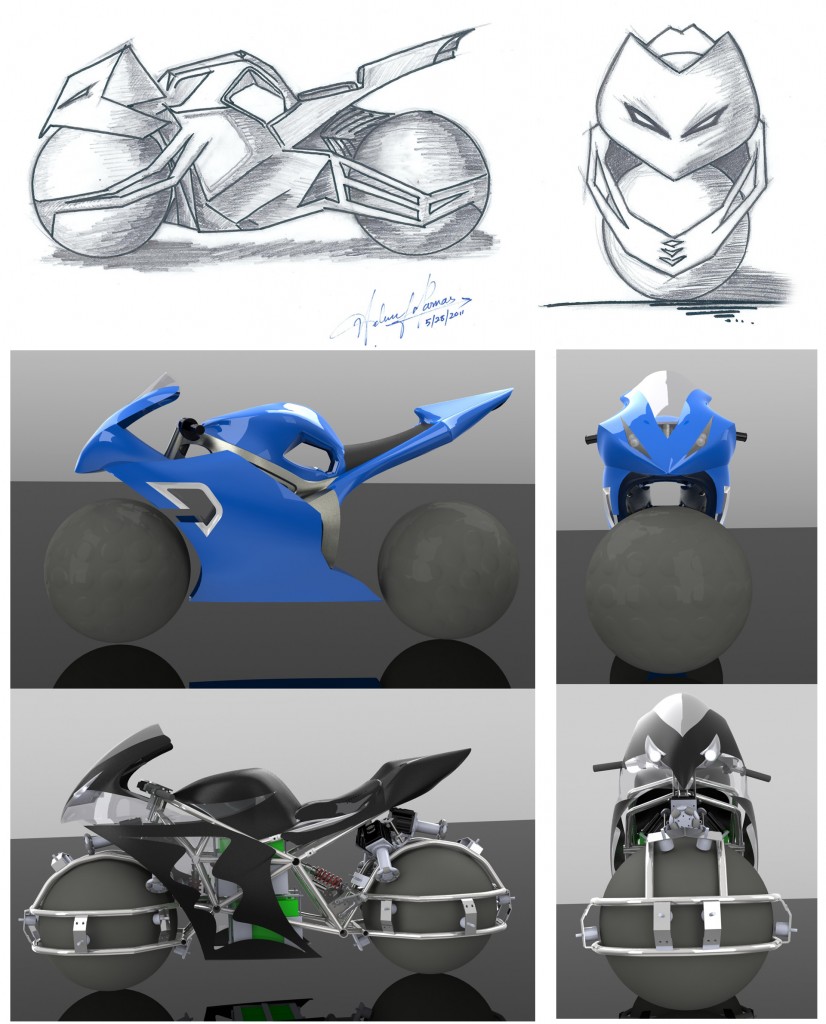 Background: The spherical drive system idea is unlike any other vehicle that can be seen on the road today. Despite having seen spherically driven vehicles in futuristic movies such as IRobot, there has not been a huge push into the realm of the sphere. We believe that the versatility of the sphere drive can give us a whole new degree of freedom and safety that we have yet to discover.  As a year long project class for San Jose State University, we will be applying all of the engineering theory/concepts to transform an ambitious and out of the box idea into a physical and marketable product. By the end of the school year, the final product will have all of the right hardware and software to enable it to self-balance and maneuver in any direction at slow speeds. Although balancing systems have been developed, adding another degree of freedom both increases complexity but also the possibility of instantaneous response.

Theory: The human approach in how the drive system will work is no different than how you would balance on a bicycle or on any unstable surface, by getting a inertial feedback for when you are about to fall over and correcting accordingly. From an engineering approach the problem is a standard controls problem which will replace the person with accelerometers/gyros and human correction with drive motors. The system which this project will be modeled after is called the inverted pendulum, which aim to keep an inherently unstable system from falling into it’s stable state by having almost instantaneous response to outside disturbances. Ball Inverted Pendulum is an inspiration for us and shows some inner workings of possible solutions to our design problem. Implementation: The project can be broken down into several core components in which each member of the team will have a specific responsibility to ensure proper vehicle operations. The list of the components can be seen below:

Future Planning: Though the immediate scope of the project is to have a vehicle that can balance and maneuver at low speeds, the ultimate goal is to have a fully functional electric vehicle that will be able to have speed and range comparable to any other vehicle.